You are here: Home / Efik People

The Efik people are found in the South-South geopolitical zone of Nigeria, in “the South Eastern corner of the Cross River State.”[2]They occupy the basins of the Lower Cross River and down to the Bakassi Peninsula, the Calabar River and down to its tributaries – the Kwa River, Akpayafe (Akpa Ikang) and the Eniong Creek.”[3] They occupied Calabar “towards the end of the seventeenth century or at the beginning of the 18th century.”[4] The Efik are related to the Annang, Ibibio, Oron, Biase, Akampkpa, Uruan, and Eket people.

Although the actual origins of the Efik people are unknown, oral traditions provide accounts of their migration from Igbo and Ibibioterritory (to the north-west of Calabar) to the present location. They had sojourned from Nubia through to Ghana and then Arochukwu in present-day South East Nigeria. After staying there harmoniously as guests for about 400 years (11th – 15th century), they left after a disagreement with the Aros. The bulk of them left to Uruan in present-day Akwa Ibom State, some to Eniong and surrounding areas. They stayed in Uruan for about a hundred or so years and then moved to Ikpa Ene and Ndodihi briefly before crossing over to their final destination in Creek Town (Esit Edik / Obio Oko). There would seem to be three successive stages in the history of efik migration and settlement: (a) an Igbo phase (b) an Ibibio phase and (c) the drift to the coast.

There are some Efik who advocate the “oriental” origins of their people, claiming that they were living in Palestine or Egypt and had crossed the Sahara to Sudan from where they wandered into Nigeria. This is believed to be elaborated in some of their peculiar burial sites and ceremonies.

Although their economy was originally based on fishing, the area quickly developed into a major trading centre and remained so well into the early 1900s. Incoming European goods were traded for slaves, palm oil and other palm products. The Efik kings collected a trading tax called comey from docking ships until the British replaced it with ‘comey subsidies’.[5] The diary of Antera Duke, an Efik, is the only surviving record from an African slave-trading house.[6]

The Efik were the middle men between the white traders on the coast and the inland tribes of the Cross River and Calabar district. Christian missions were at work among the Efiks beginning in the middle of the 19th century. Mary Slessor, a Presbyterian missionary from Scotland, was concerned with eliminating the tribal superstitious practice of killing twin babies.[7] Even by 1900, many of the native peoples were well educated in European ideologies and culture, professed Christianity and dressed in European fashion.

A powerful bond of union among the Efik, and one that gives them considerable influence over other tribes, is the secret society known as the Ekpe, the inventor of the Nsibidi, an ancient African Writing.

The Efik and indeed the people of the Old Calabar kingdom were the first to embrace western education in present-day Nigeria, with the establishment of Hope Waddel Training Institute, Calabar in 1895 and the Methodist Boys’ High School, Oron in 1905. 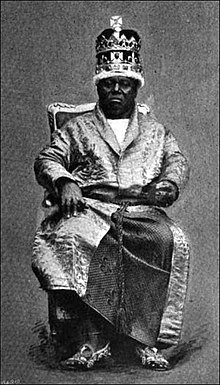 In 1884 the Efik kings and the chiefs of the Efik placed themselves under British protection. These treaties and attendant territorial economic rights, are documented in CAP 23 of Laws of Eastern Nigeria, captioned ‘Comey subsidies law’.[5] The Efik king, also known as the Obong of Calabar, still (as of 2006) is a political power among the Efik.[8]

WhatsApp Chat is free, download and try it now here!